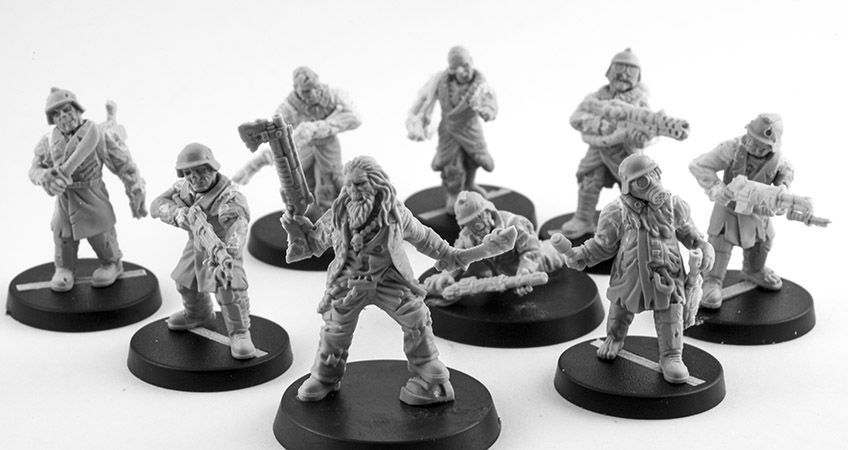 With our new Zombies range being launched not long ago, it seemed the obvious choice to do a conversion corner showing how they can be combined with our regular Regiments Trench Fighters to create an army of the undead!

These boys aren't sure what their objective is, and appear to have not noticed that their weapons are beyond repair and they have sustained the odd flesh wound...

How did we (we being resident converter Adam) create such an epic horde?

He took the trench Phase Carbine and Shotgun with combined arms, then used a craft knife and drill bit to add damage and wounds, before heating them under a hotlamp (you could use hot water too) to enable them to be bent into deformed shapes.

The Flamethrower and Fatigue Specialist arms were treated likewise before they were assembled on to the Zombie Short and Long Trenchcoat bodies.

Joints were filled with Vallejo Plastic Putty, which was applied and roughed up with a clay shaping tool to add to the decayed feel.

To enhance the zombie credentials, a number of the regular hands were cut off and replaced with distorted hands from the zombie arm sets. 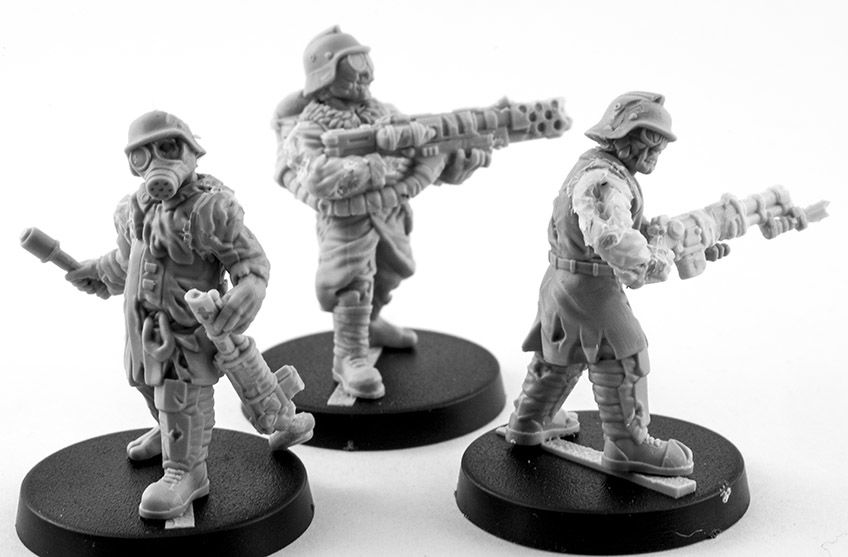 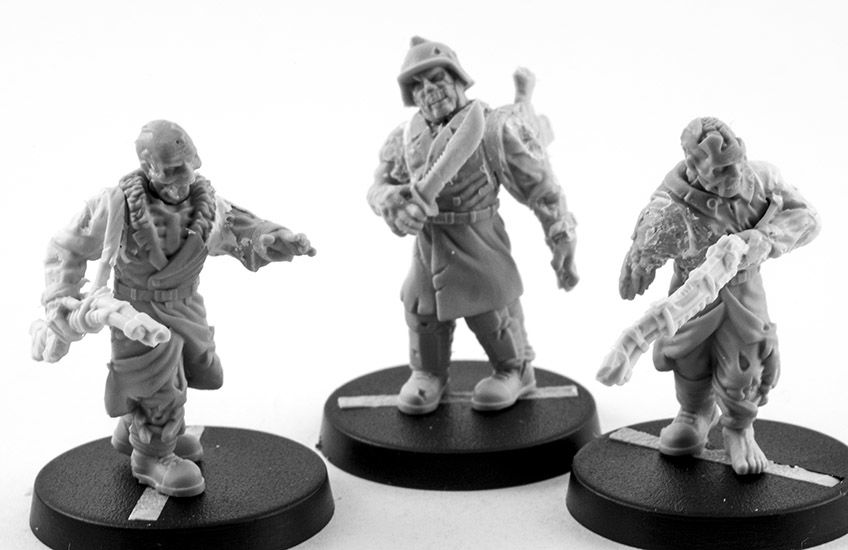 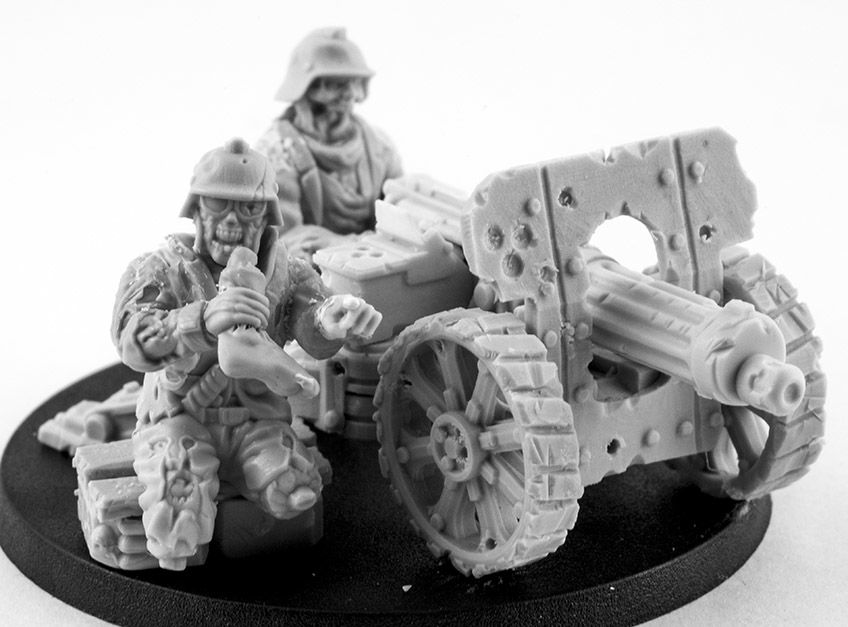 Whats that? The Zombie Crawler set can be used to make a undead heavy weapon team, hell yes! The spotter here is shouting his instructions into a severed foot, while the chinless gunner fires his battered maxim...

The damage to the Field Gun and Maxim was done carefully with a craft knife and drill bit, the gunner uses the fatigue heavy weapon arms. 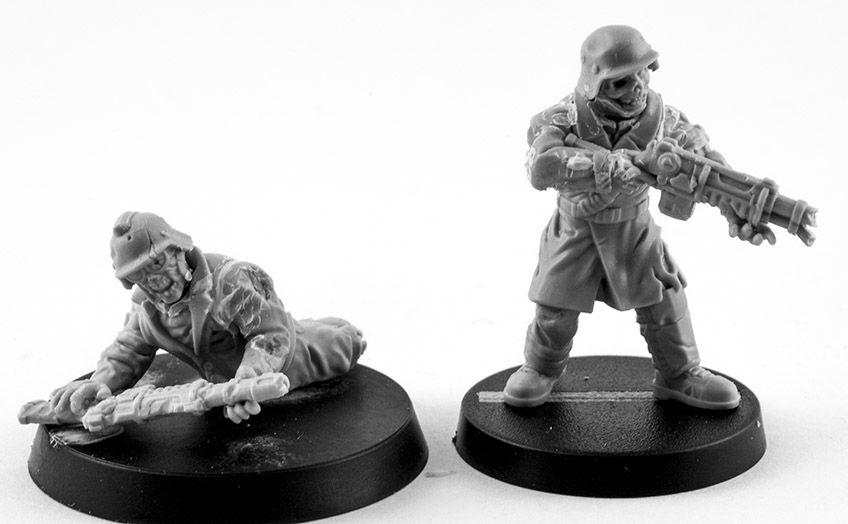 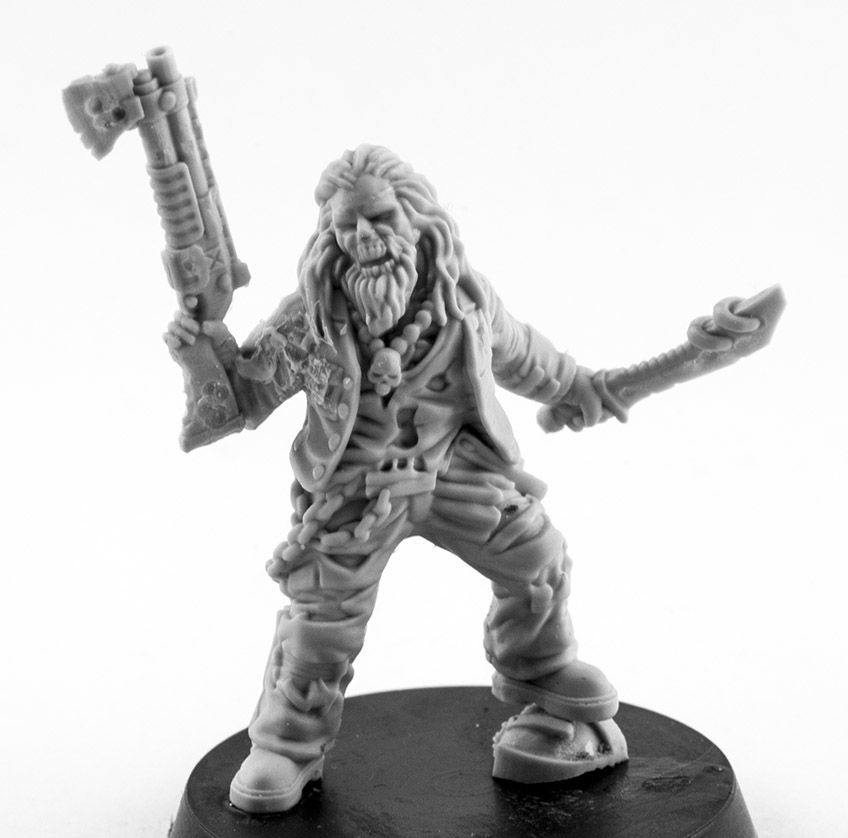 Before he played guitar Rock Zombie commanded the undead, a weapon from the Trench Shotgun mixed set suits him nicely, some battle damaged added with a drill bit.