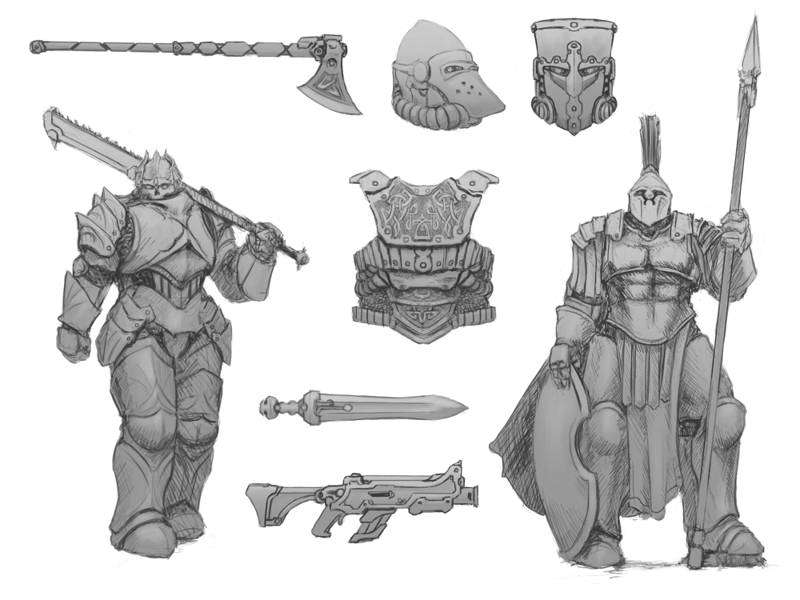 Suiting their role as special forces strike operatives, we actually started shipping our new Exo-Lords a whole week ahead of schedule, but the official launch is today (10/01/20)! 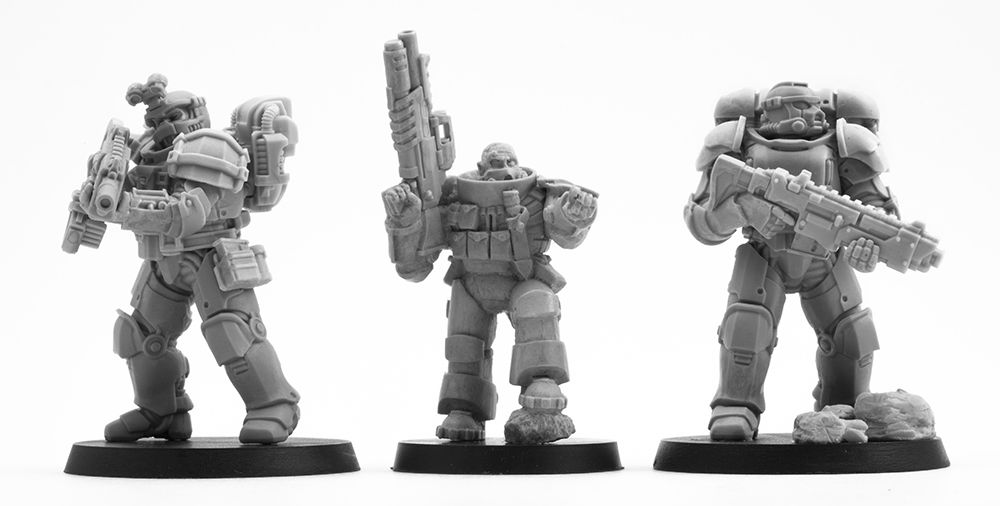 At 40mm tall to top of head, the new models are significantly larger than our older Exo-Lords. They are also fully modular, with between 7 and 10 components per model and a wide range of options and upgrade parts.

Revamping our entire Exo-Lord range was an exciting (and slightly daunting!) prospect.

Although we’ve stayed close to the original 'tactical sci-fi' aesthetic, improved manufacturing techniques and moving up to a larger scale meant the new models could attain a higher level of detail than was previously possible.

With this in mind, we sketched out some armour designs (below), starting with basic shapes to work out the proportions for our re-scaled super soldiers and then experimenting with panel shapes and extra details. 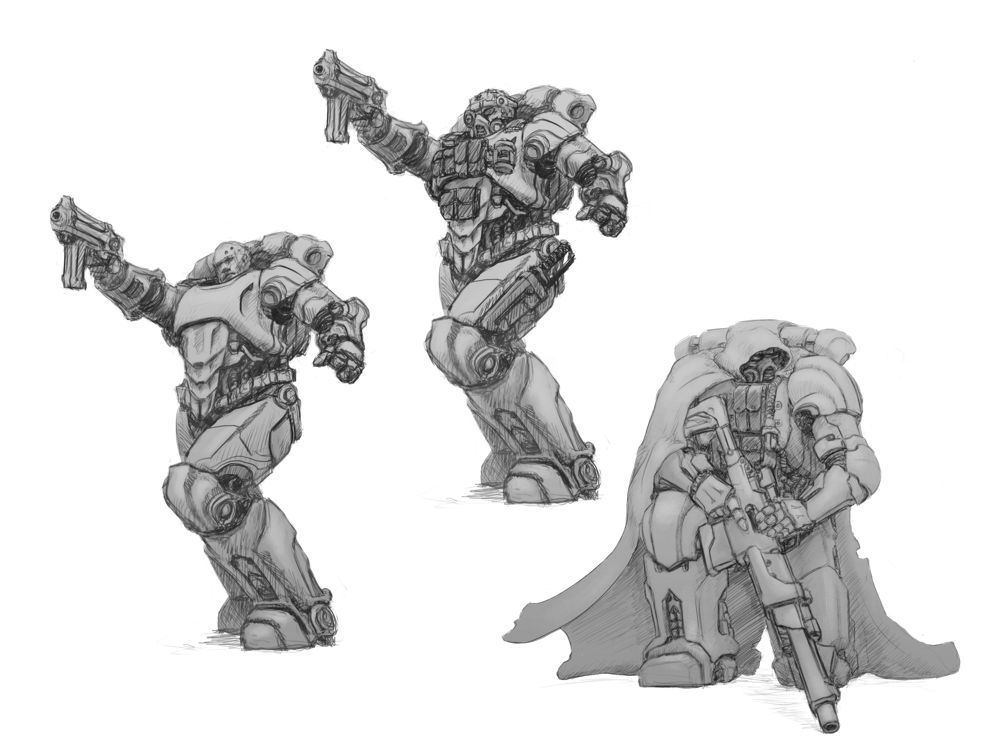 Back in 2018 we released the special edition Black Ops Sniper as an experimental test model. From here we took a look at which elements we did and did not like, and adjusted the designs to allow for modularity and a range of posing options. Throughout the process we were able to show preview renders and test prints to take on community feedback as we continued to refine the designs. 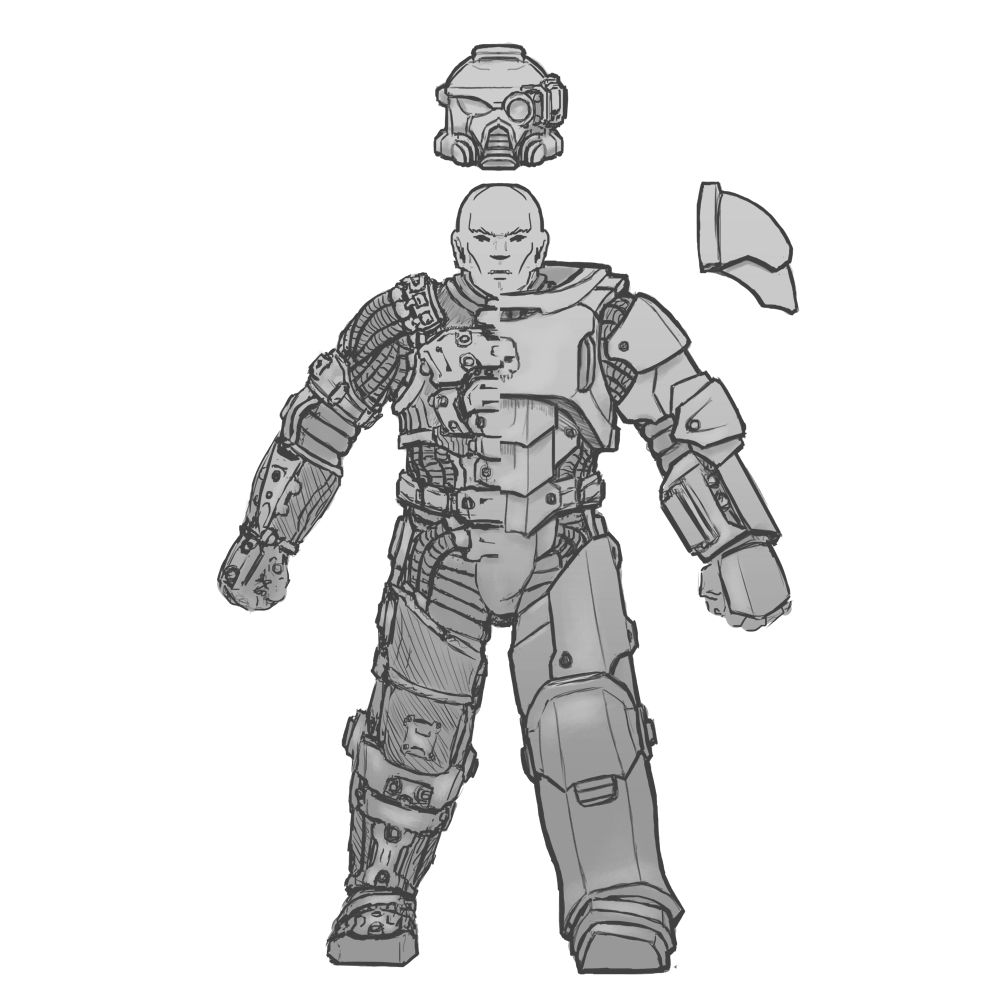 Any powered armour is more than just thick plating. In the image above you can see how the wearer is surrounded by bundles of artificial muscle attached to an Exo-Skeleton, which adds strength and support. The armour plate then attaches over the top.

Planning out how an armour or weapon system would actually function ensures we can keep an element of realism in our designs. 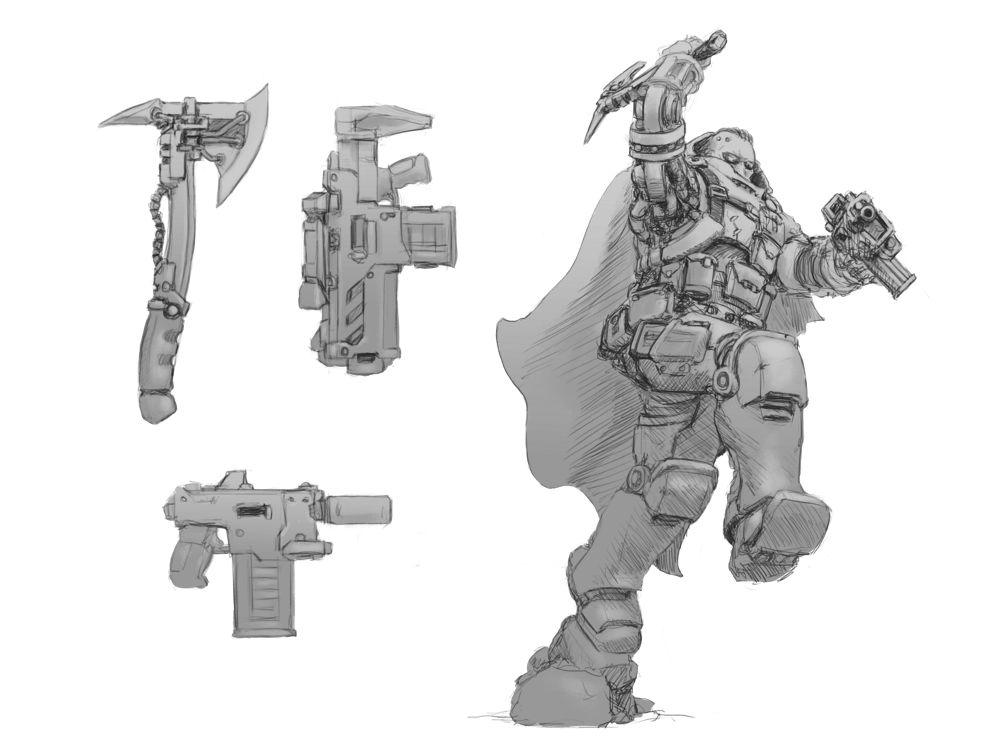 Our first character model for the range, the Black Ops Sergeant has an aggressive leaping/striding pose, and some custom weaponry for getting up close and personal. Single piece models allow us greater design freedom, which we’ve used here to sculpt a flowing camouflage cloak, slung rifle, and dynamically posed bionic arm.

There is quite a bit more to come for the Black Ops range in the near future, including more specialist and heavy weaponry! Look out for more previews coming soon.

We are also excited to be working on concept art for other armour styles, including Greco-Roman, Medieval Plate, and more! 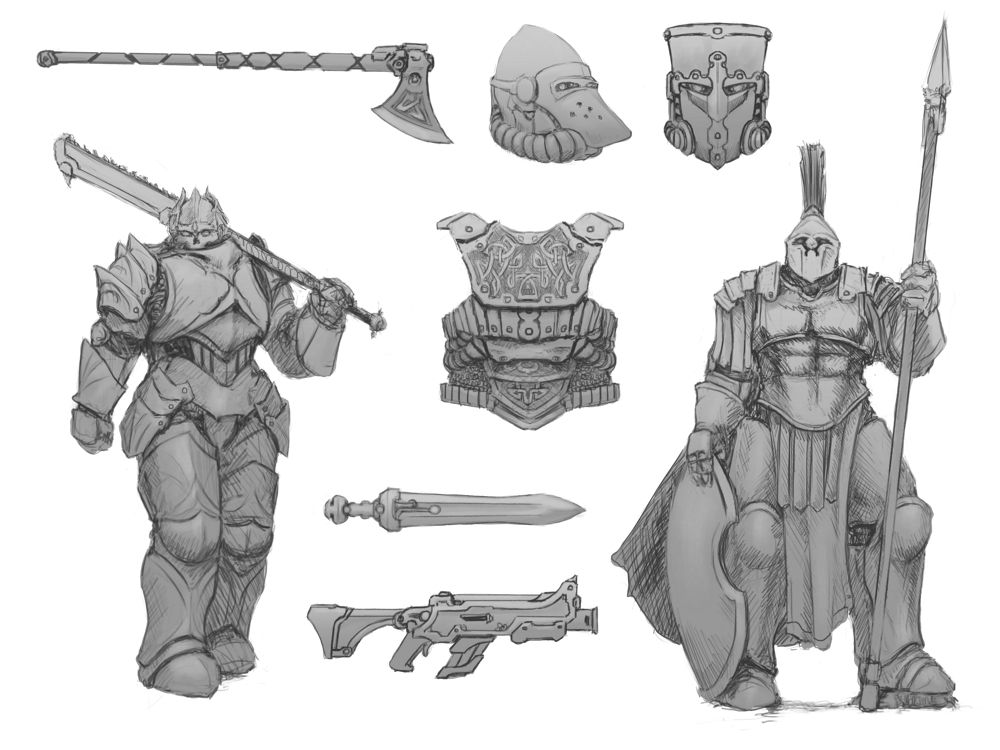 As a modular system (like our Regiments range) future armour styles will share the same attachment points, to ultimately offer a huge amount more customisation than the old single piece models.

Leave your comment
Comments
Guest
1/10/2020 6:38 PM
That Greco Roman armor is what I need in my life! But, I'm excited to get my first order as well.
Guest
1/10/2020 6:49 PM
I would love to see some Norse-themed armor that leaned more into historical, less "wolfy" designs.
Guest
1/10/2020 7:53 PM
These are awesome. Look forward to seeing future designs for the Exo-Lords.
Guest
1/11/2020 2:14 AM
Even though I'm not too crazy about the "pure sci-fi" designs, I can't deny that the revamped range looks great. I'm really excited about the medieval/Greco-Roman concepts teased below and I hope to see those very soon!
Guest
2/4/2020 10:49 PM
I sorely miss the shield arms for the exo lords, they were the gold standard by my humble estimation and I hope they come back in some fashion. I love the new power axe! One thing that nobody makes that I can find is a stowed or sheathed power axe. I would love to put them on some biker models I have and buy the in-hand axes to match! Keep up the great work!
Guest
12/30/2020 1:05 AM
I would like to see That Greco-roman and medieval plate Styles un my army, I love the art of the spartan and the helmets of the knights.
Blog search
Blog archive
Popular blog tags