Terrorist and Counter-Terrorist Inspired by Counterstrike 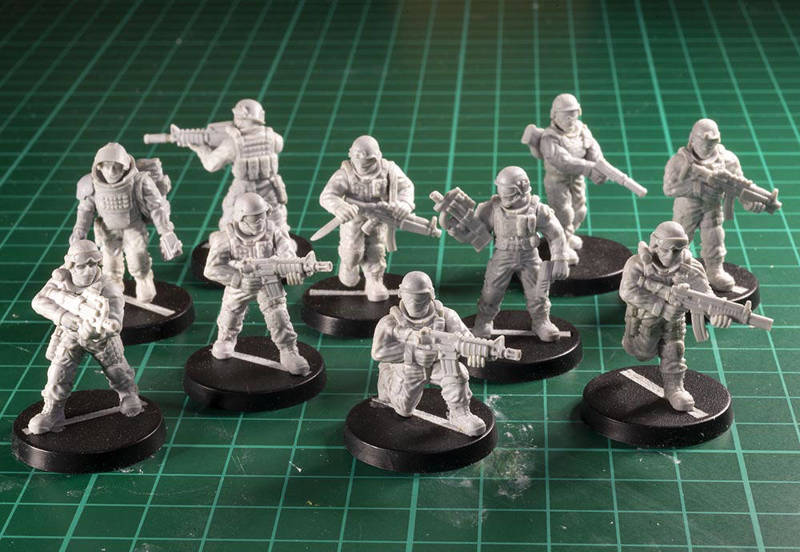 After a successful recon operation on the Anvil HQ Bits Box, he's put together two strike teams of Terrorists and Counter-Terrorist operatives, inspired by the legendary Counter-Strike games.

The basic concept was to create two ten-man teams that evoke the two sides from the online shooter. I have some very fond memories of Counter-strike, so this really was a labour of love. 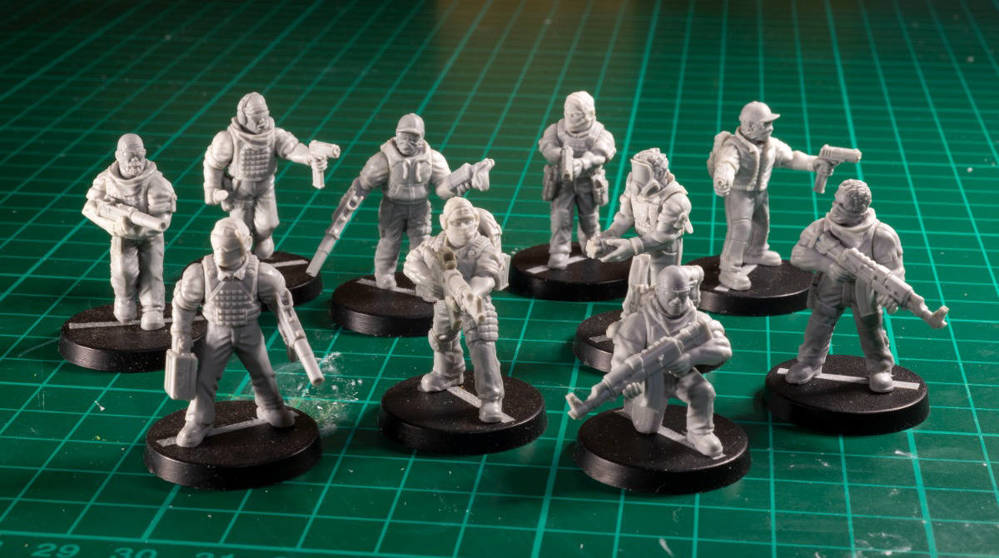 I made simple squads in three distinct types; a pistol wielder, an SMG user, and a rifleman. This not only gave a bit of variety but helped to show off the different weapon loadouts available in the game.

The most fun part of this project was modifying the two teams to look as distinct as possible- after all, we don't want any friendly fire! 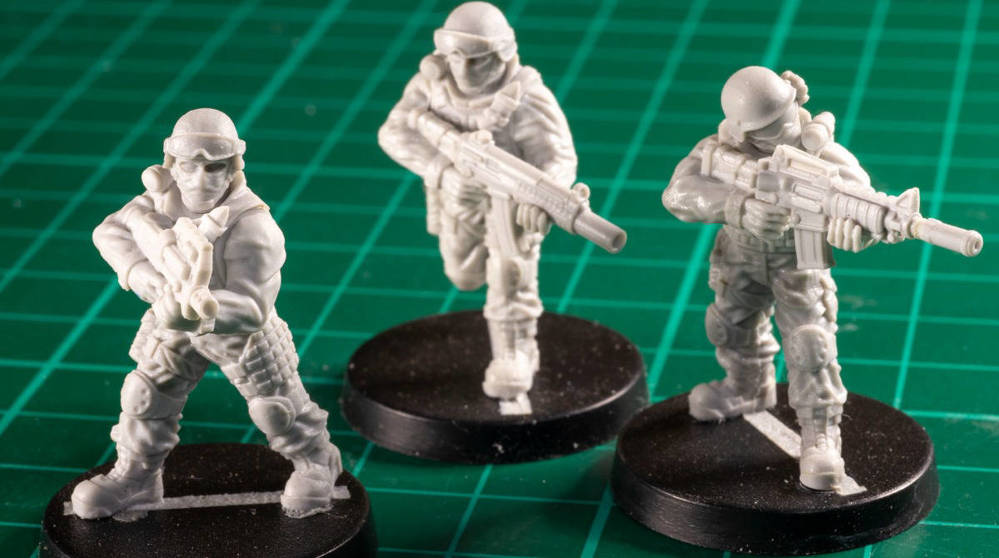 The Counter-Terrorists are all more-or-less cut from the same cloth, featuring fatigue legs and arms, a mix of fatigue and load vest torsos, and PASGT helmet heads with balaclavas. Their weaponry features the trio of 9mm Pistol / P90, The MP5, and a (sometimes silenced) M4 - all very popular weapons from the game (the P90 being one of my favourites) 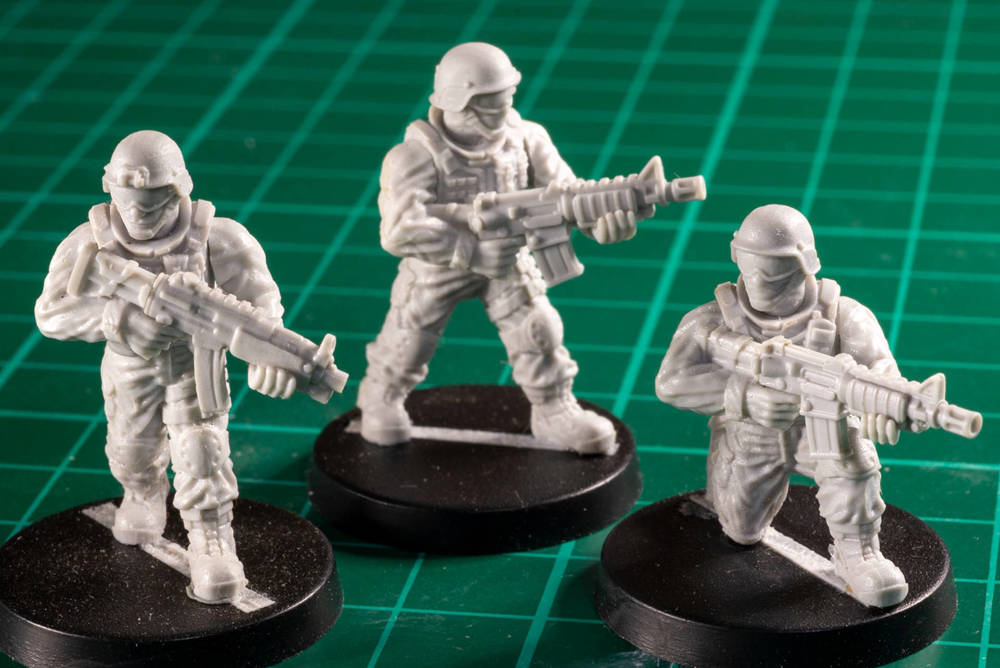 The Terrorists are far more varied in the parts used, as I wanted to capture a little more diversity. 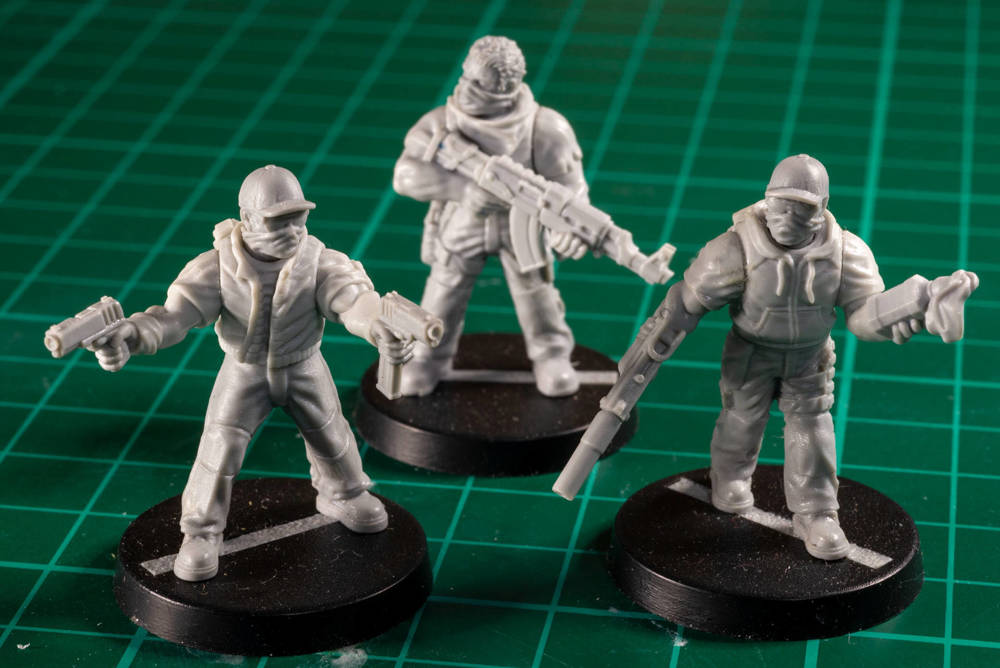 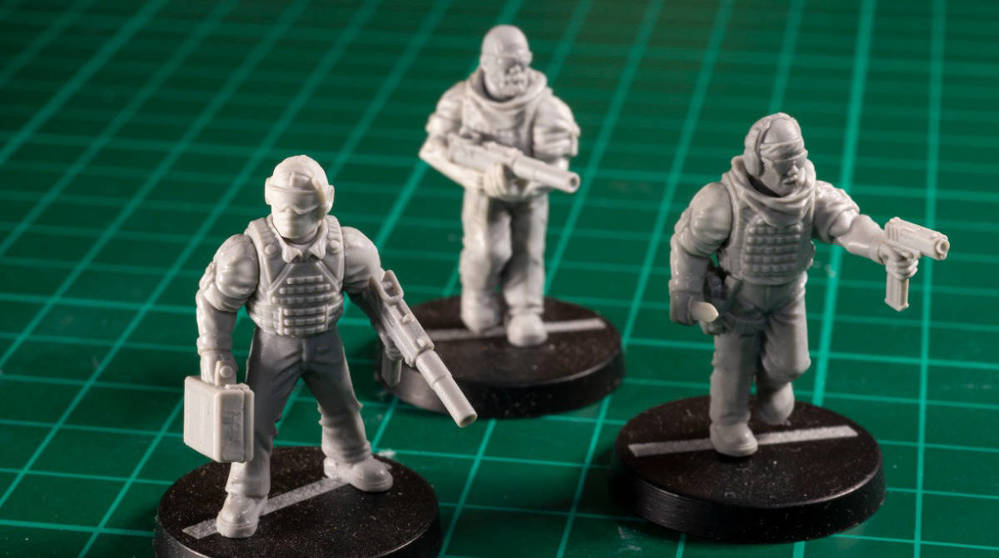 Lastly, Phoenix Connection have an almost regimented look with all of them sporting the same balaclava heads, and plate carrier torsos. The Terrorist guns include the Glock / D’Eagle pistols, Silenced Mac-10s, and AK-47s. 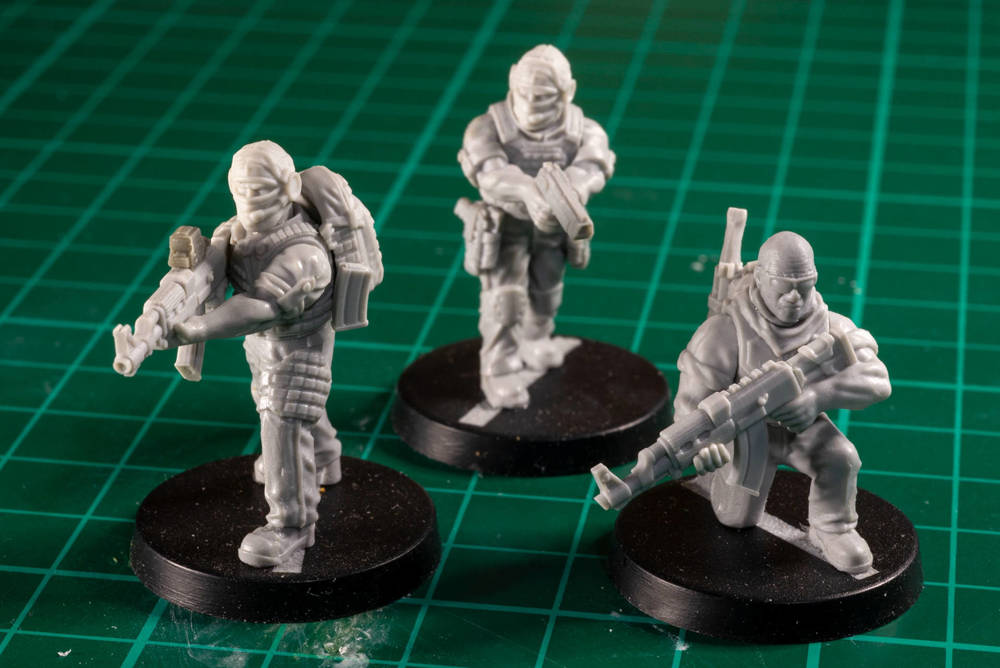 The nice thing about the Regiments range is the modularity- pretty much any legs can go with any torso, arms, or head with a minimum of fuss, making projects like this a doddle.

Some great looking minis there! Once he gets round to putting some paint on them, we'll try to get a game in.
Not sure which system to use, but Dan has been strongly hinting about some one page rules using a poker deck! Hmmm, that could be some fun lunchtime shenanigans!

What do you think about Dan's models? Did he forget any of your favourite weapons from Counter-Strike? Or, is there something you'd love to see us design and launch for the regiments range? Let us know!

Leave your comment
Comments
Jon
1/11/2022 10:24 PM
Would love to see some more relaxed poses (and boilersuits for the female regiments), not every soldier is in combat all the time.
Sebastian
1/13/2022 6:32 PM
Great stuff these builds. Now you just need to offer the parts in a ready-made package for easy ordering. :-D
Guest
1/13/2022 7:13 PM
Those look excellent. It’s nice to see a range of the modern bits being used like this, highlights plenty of potential in them!
Blog search
Blog archive
Popular blog tags