This week on the Anvil blog we hand the reins over to Rob Skene from Dreadquill to tell us how he went about making a four-man group of proxies for the Promethium Guild in Necromunda.

I love Necromunda. I could gush about its campaign dynamics and larger-than-life characters, its ease of entry or relatively low cost to play, but I’ll spare you the character count and cut to the chase. I love its Guild delegations.

During campaigns, gangs are presented with opportunities to ally with the various shady Guilds that keep the wheels of the underhive turning. For a price, they can send a small retinue of fighters to keep an eye on your gangs during a brawl.

These Guild delegations are presented in the books with very specific head counts, equipment and skills, but barely any of them have been released and there are only one or two bits of concept art to indicate what they might look like. The solution? Make your own!

I wanted to make the Promethium Guild, a dodgy bunch who have monopolised the fuel and power industries. Their fighter list was quite specific - a four-man group consisting of two scrubs with pistols and axes, a champion with a flamer and icon of authority, and a leader with a shock staff and the ability to dodge incoming fire.

It’s one of the reasons I enjoy building delegations so much - you’re given a shopping list of fighters and equipment but not told what they have to look like, so your imagination can run riot. With the brief firmly in hand, it was time to hit the resin!

A spark of inspiration

One piece of concept art that stuck with me is a stoic robed figure sat atop a hover-plinth, surrounded by flames and power cables. When I laid eyes on the pipe organ upgrade kit it was love at first sight - what else says “we keep the lights on” than a hovering church organ of flames surrounded by robed cultist weirdos?

The Burning Rose range was the obvious choice for the basis of the Promethium Guild, and being able to buy bodies and arms separately in small batches is ideal for Necromunda players - you can get exactly what you need to fulfil the weirdest of modeling projects.

I tried to do the group entirely out of Anvil miniatures, and barring some green stuff, a bit of coat hanger, some Games Workshop bases and an old Warhammer spear, I think I pulled it off!

These two are armed identically, and their bang-average statline suggests their job is to run at the enemy and ask them who their current energy supplier is.

What puts the ‘bang’ in bang-average is a special rule that whenever one is removed from play, they set off a flash grenade before they go. To represent this, I took a Magma Power Plant and flipped it upside down to look like a bomb, covering the whole thing in candles.

The second-in-command is supposedly equipped with a flamer and cult icon, a nondescript piece of equipment that helps them boss around other fighters. I figured holding both would be a bit unwieldy, so why not go for a fiery polearm banner instead?

Like a smug idiot I thought I’d have some 1.5mm rod lying about so I ticked the “I’ll supply my own”, and cursed my hubris as I carefully filed down an old Games Workshop spear shaft to fit. Won’t his banner catch alight, I hear you cry? Fear not citizen, all Promethium Guild delegation livery is woven from the finest asbestos that creds can buy.

His happy smiling head is made from a servo-skull from the accessories pack. I figured a life lived so close to burning promethium has had a detrimental effect on his skincare routine.

The final lad was the biggest project. It took a while to decide on how to pull together the separate pieces I’d chosen, but my Anvil bits collection is considerable and my inability to use things for their intended purpose is even more considerable.

This missile launcher was the right size and had cool vents on the back that looked like propulsion units. Some upturned turret plates helped connect the front and back together, and the keyboard was covered liberally in candles to help aesthetically tie him into his underlings.

The man in charge was assembled from a robed cultist figure chopped in half, and some sitting greatcoat legs. His head is from the Bionic Heads sprue with a large floppy hood made of Greenstuff. His staff was bashed from a variety of parts including a laser pistol, mace, power axe and spear! All the fire effects were chopped and twisted to sit in the organ spouts at different heights and angles to help them look more natural.

Finally, pipes were attached with greenstuff and guitar cable to bring it together visually and give it a more gothic feeling. The whole thing is propped up on a chunk of metal coat hanger drilled securely into the base of the model.

This project was great fun to work on, and thanks to Anvil for helping me make it happen. I love working to the vague briefs of Necromunda NPCs and allies whilst being given creative freedom to make them look however I want, and the Anvil website is perfect for getting the exact mix of weird components to make those briefs come to life.

I have, of course, tripped myself up in my hubris again however. As much as I’m looking forward to painting this crew up, the two things I am least confident at painting are fire (check) and lighting effects (double-check). Light ‘em if you’ve got ‘em, I might be here for a while…

Thanks for sharing these Rob, they are great examples of the flexibility of the Regiments range to work in other systems! If you'd like to see more of Rob's work check out his website www.dreadquill.com or follow him on Instagram www.instagram.com/dreadquill/

Has this sparked any ideas for your own projects? Let us know in the comments!

The terms Necromunda and Promethium Guild some parts used are copyright Games Workshop®️ and used for example purposes only, this blog post is not associated with or endorsed by GW in any way.

Any views or ideas expressed by the author are their own and not those of Anvil Industry Ltd. 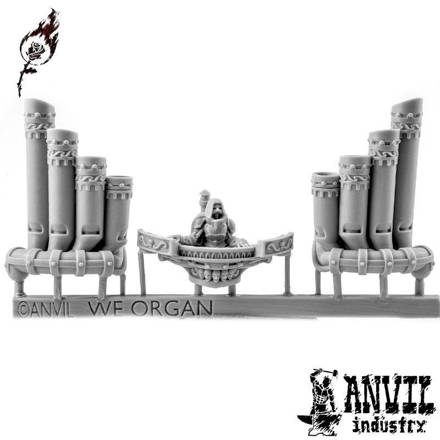 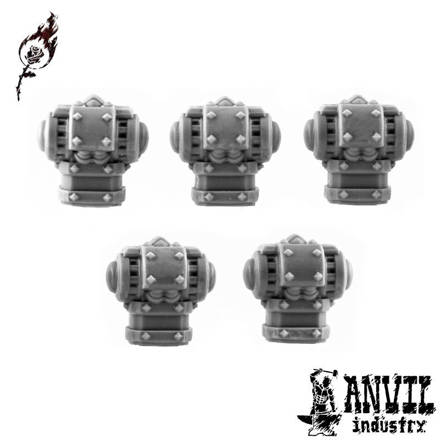 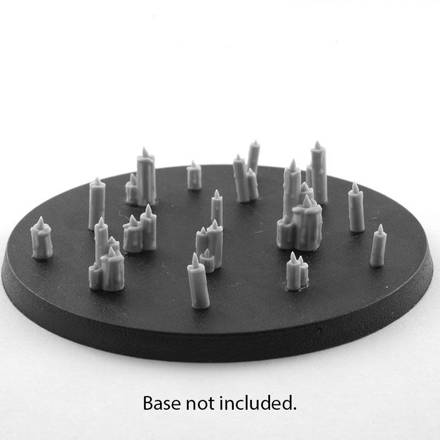 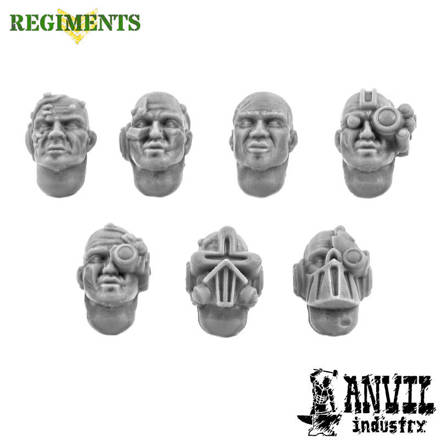