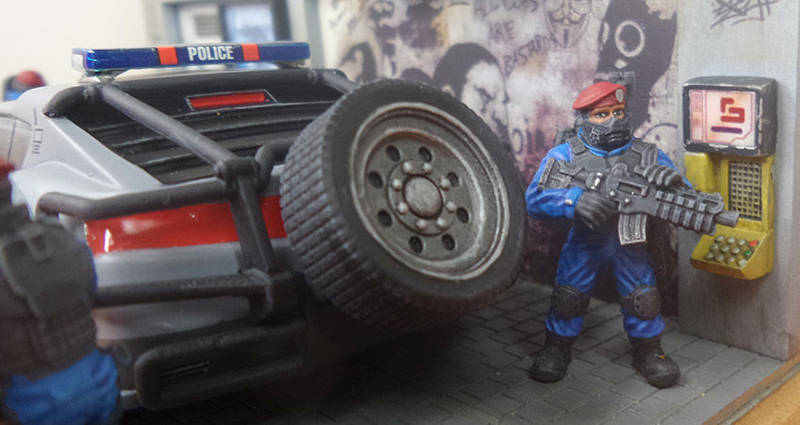 We've packed this blog post full of beautiful examples of 28mm sci-fi figures from our regiments range painted up by our customers. We hope you will enjoy these as much as we did, and please send us photos of your own work, you might even be featured in a future blog post!

First up we have a superb diorama from Russell Eden.

He has used Fatigue Legs and Arms, plus Light armour torsos and Beret Veteran heads, as well as our assault carbine, shotgun, pistol and sniper rifle. 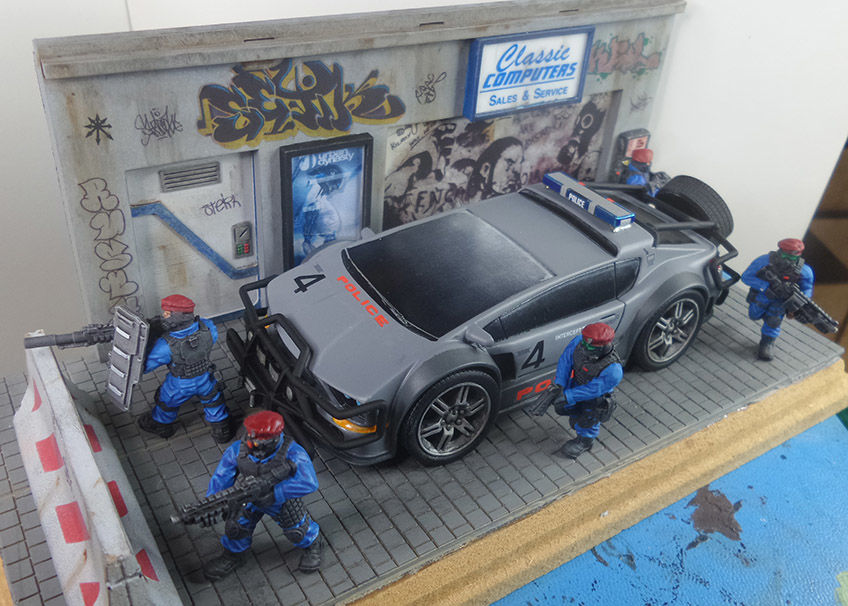 Russell explains - "I am a model builder not a gamer so I like making small scenes using gaming figures and vehicles - all of my scenes fit in the same size case. The Regiments figures represent a SWAT team heading into combat in a rough area of town. They are great to paint and very detailed. The building is scratch built with decals from Ushii and Micro-Art. The car is the new Antenocitis Nemesis - anything bigger would obscure the building. All painted by hand and rattle can as I don't own an airbrush." 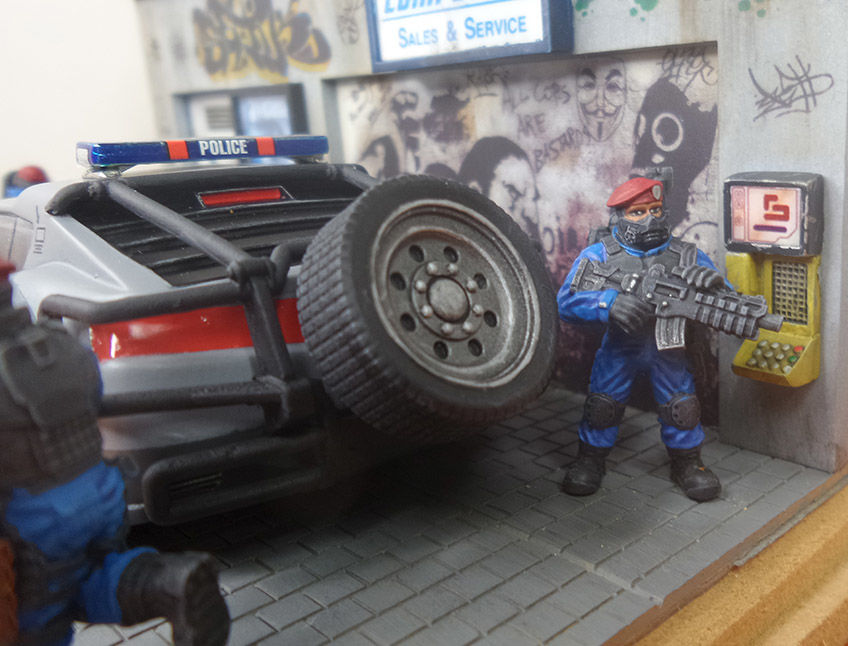 This regiments SWAT member is acting as rear guard, equipped with an assault carbine. 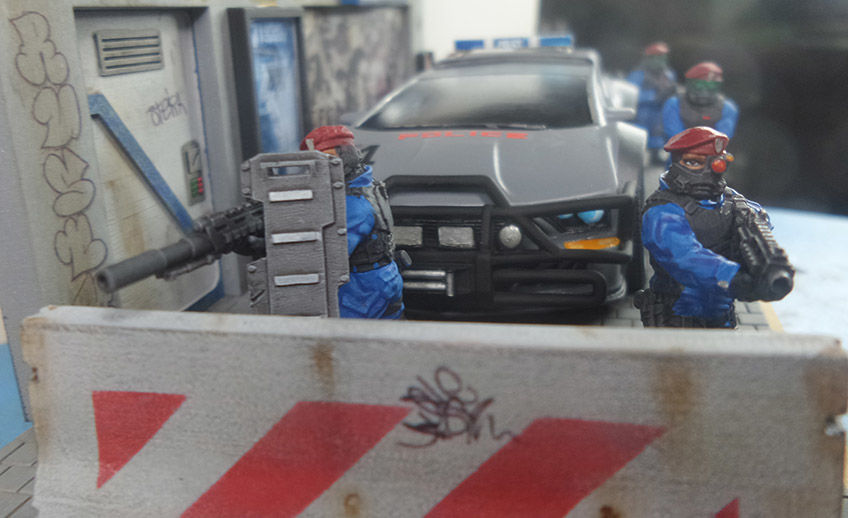 On a slightly smaller but no less impressive scale, here is a beautiful example of a Regiments Trench Fighter from Dave Paints.

Dave has used the Long Greatcoat legs, Medieval Torso, Gothic Shoulder pads, Trench Phase Carbine and Brodie Gladiator helmet to make a figure which would fit in a range of settings from gothic future sci-fi to weird war and alternative medieval history settings.

We like the relatively simple and realistically weathered pale colours. Using a small unit marking in a contrasting colour (in this case red on the helmet and right Gothic pad) is a great way to create a focal point to draw the eye to a miniature. 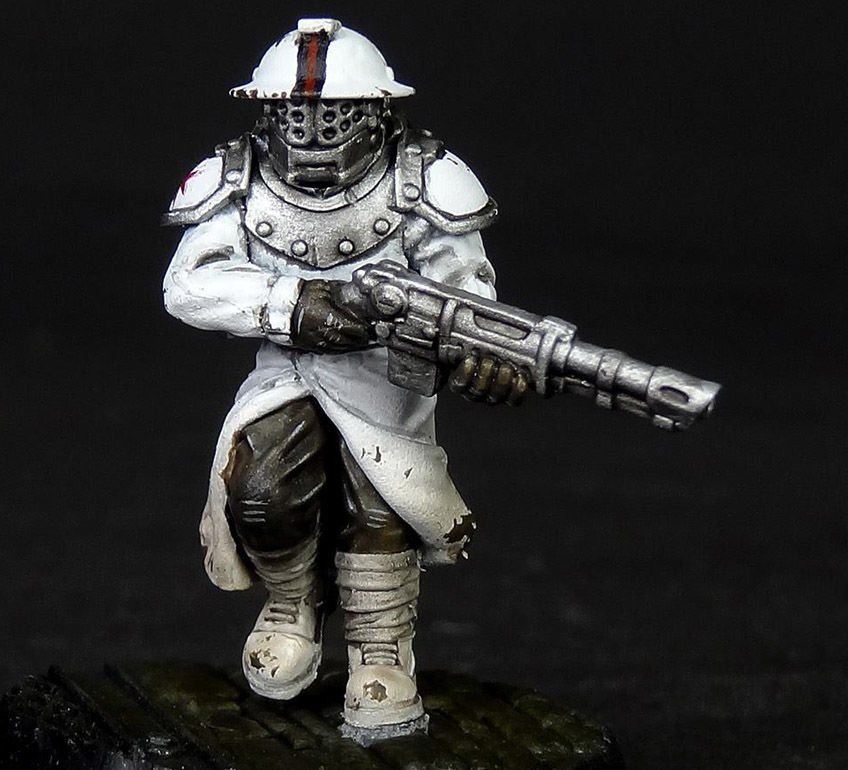 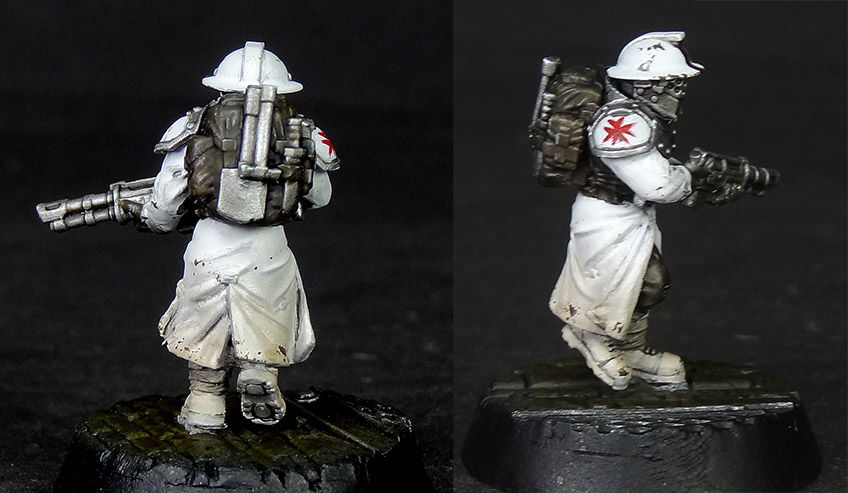 In this rear view you can see the bergen backpack, as wargaming miniatures need plenty of equipment and food for extended gaming evenings!

For more of his fantastic models, check out Daves facebook page Here

Barzam, a regular poster on our thread on DakkaDakka recently put up this post of his growing force for Games Workshops Shadow Wars : Armageddon (TM) game.

He has used the same basic components as Dave above, but with an entirely different colour scheme.

He has also used the Trench Shotguns and Trench Melee sprue to create some very original and interesting miniatures, equipped for brutal close quarter battle!

Next up we have a great example of what can be achieved mixing our bits with components from other miniature ranges.

Here, Agis Neugebauer has combined Games Workshops Skitarii (TM) arms and head with our Regiments short greatcoat legs and Gothic void torso. The idea behind this conversion was to create a unit of "fresh forged" Skitarii, with less extensive bionic modifications. Skitarii parts are copyright Games Workshop Plc, and are featured here to provide inspiration and ideas on possible uses of our parts.

Agis notes (from his blog) - "Since there are no Fresh-forged minis around I went for a conversion, I used legs (Short Greatcoat Legs - Static) and torso (Gothic Void Hazardous Environment Torsos) from the incredible good Anvil Industries Regiments range! Arms, head and weapon are from the GW Ad Mech box. I only shortened the Radium carbine a bit since the official carbine looks IMO like a long rifle." 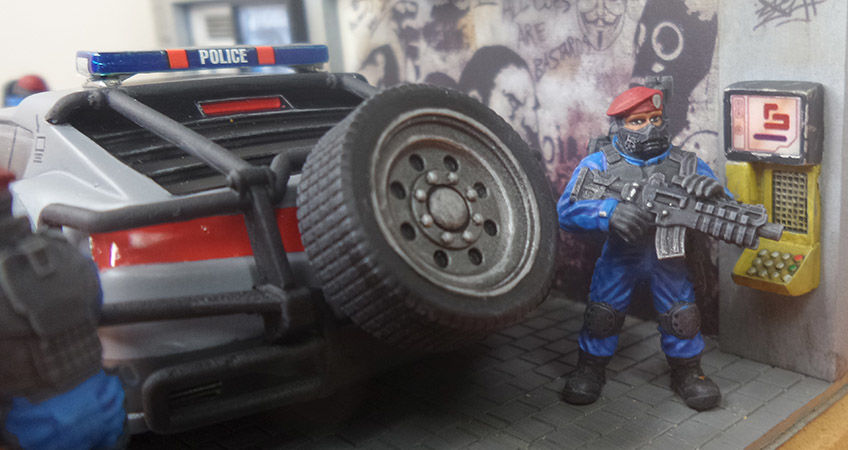 Using a relatively dull grey colour for the armour makes the red of the coat and the blue elements on the weapon and lenses really pop out!

Here is an example model prior to being painted.

You can see more of Agis' fantastic Ad Mech miniatures on his website Here.

Miniatures of the North

Miniatures of the North, our long time collaborator, has recently featured some of his growing Regiments collection on his blog Here.

These Martian Orbital Fusiliers are packing some serious firepower with our Tesla Annihilator Heavy weapon mounted on a weapon tractor, and a trio of shoulder mounted Phase Cannons for dispatching any enemy tanks foolish enough to stray into their gun sights! 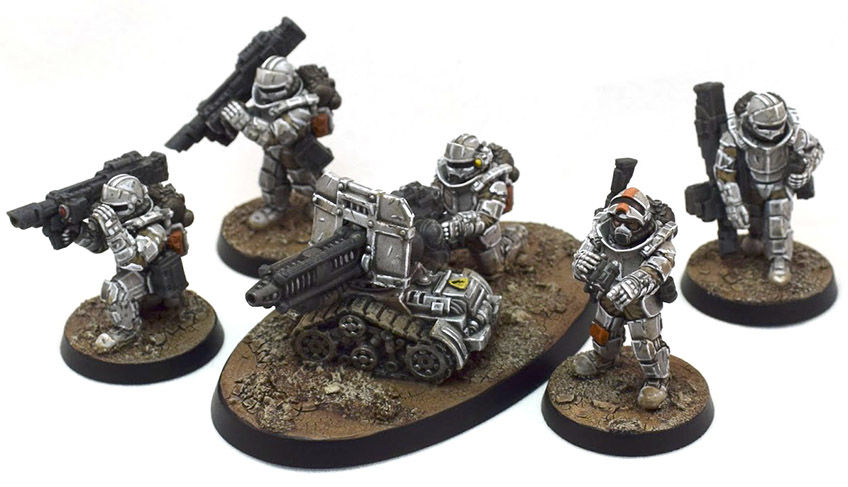 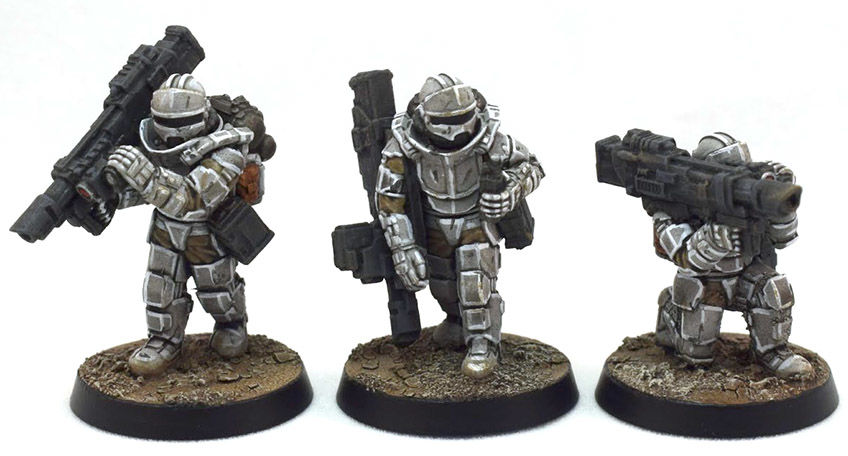 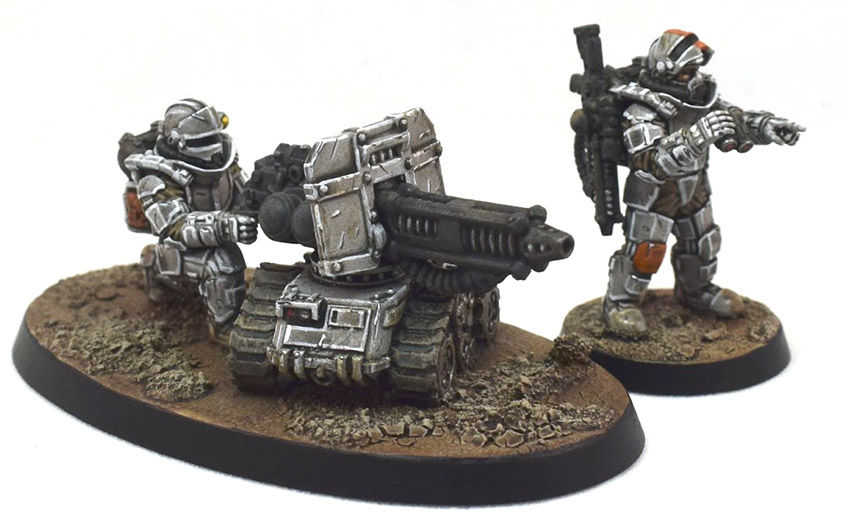 Impressed with these models and want to have a go? You can check out a detailed painting tutorial for these Martian models Here.

Thanks very much to all the gamers and painters featured!

We hope you have enjoyed these great models, and we will be back soon with some more hobby awesomeness!