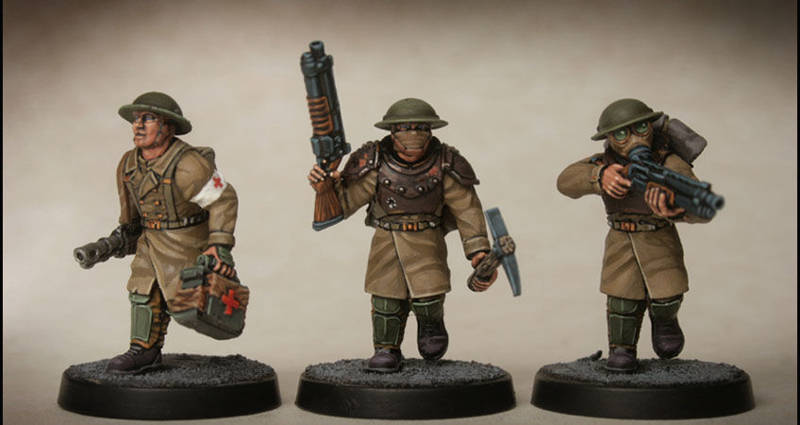 It's been a long time since our last blog post, which is a testament to the effort we've been putting into our Daughters of the Burning Rose Kickstarter, but we thought we'd pick things up again with another look at what you have all been up to with the Regiments range.

We're blown away by these WW1 Tommies assembled and painted up by Charles, thank you very much for sharing! 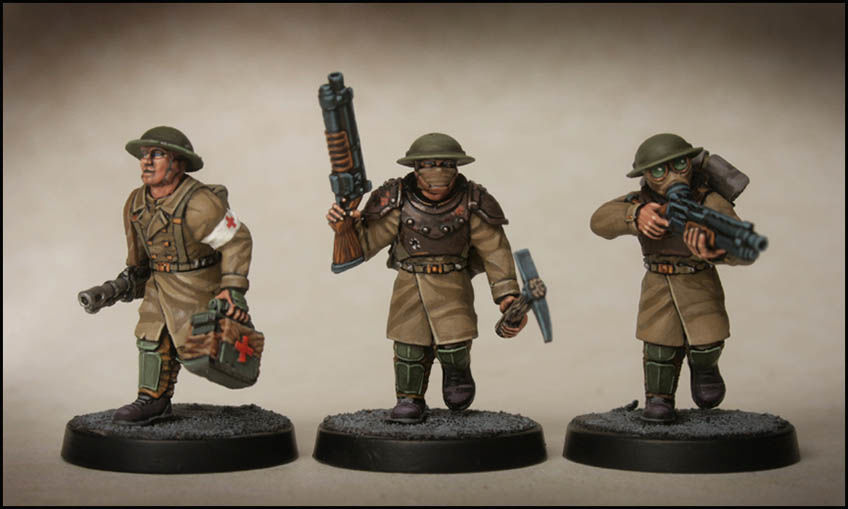 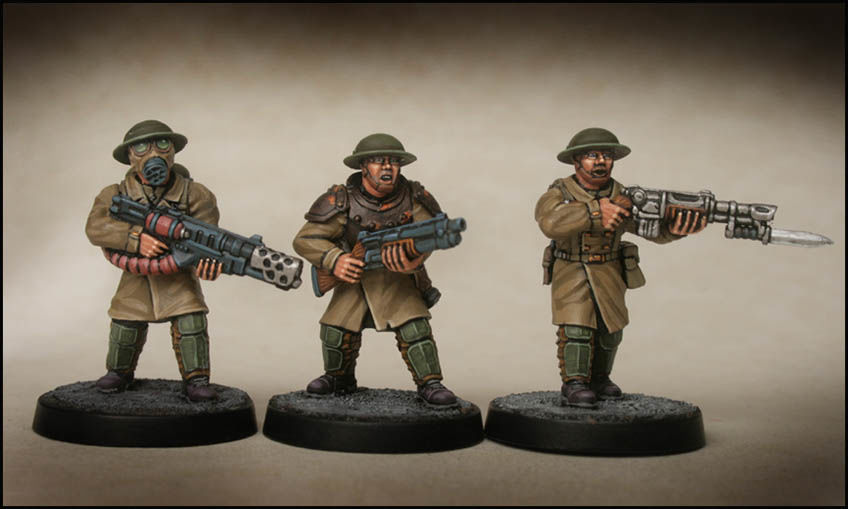 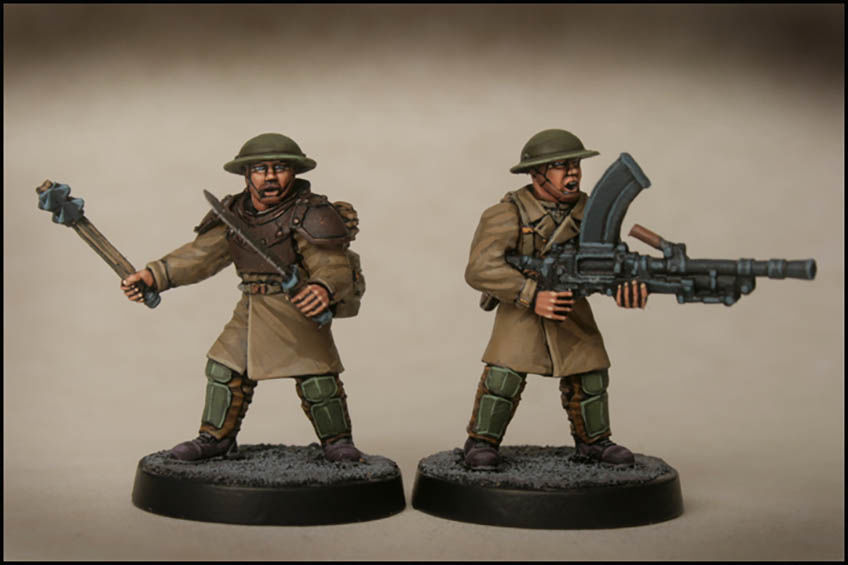 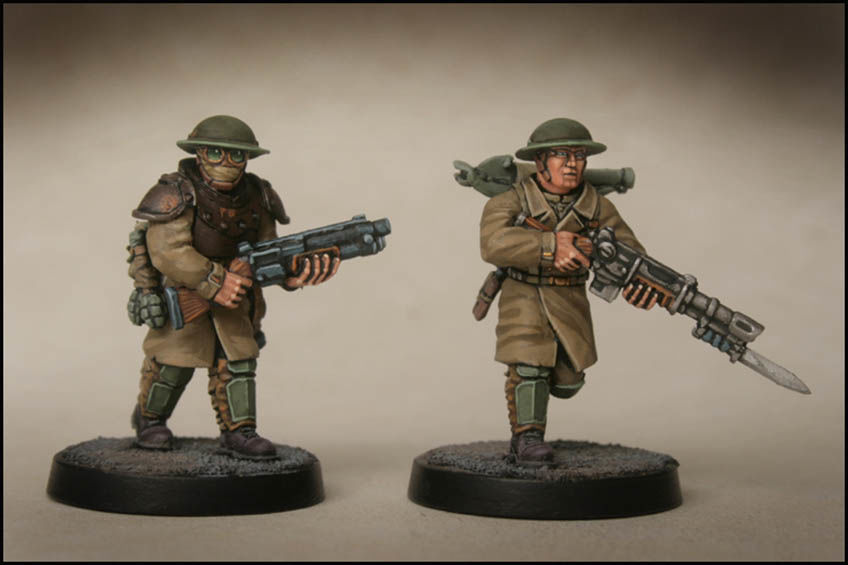 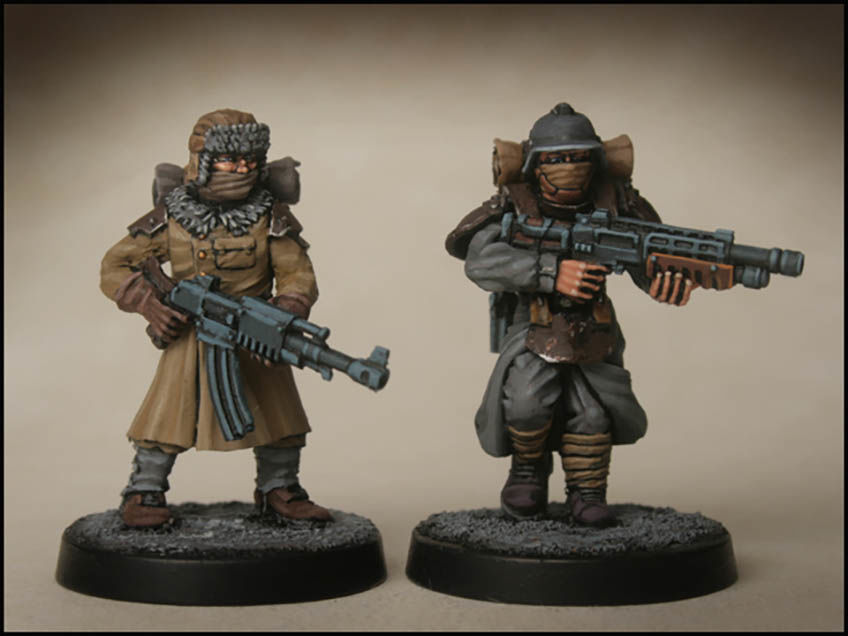 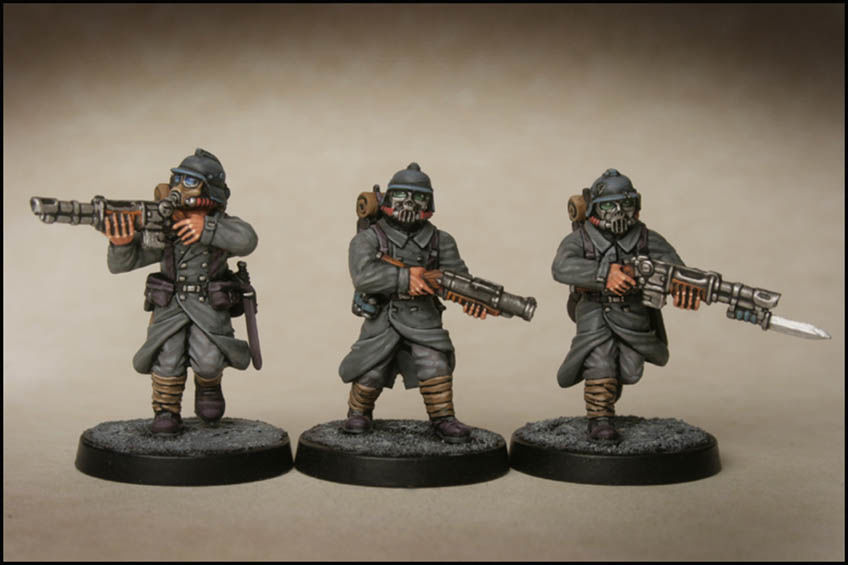 The three masked Germans are basically all Anvil. The only difference is that I have added Warlord Games Napoleonic British (!) backpacks. One chap has a combat knife from the Games Workshop Cadian sprue. 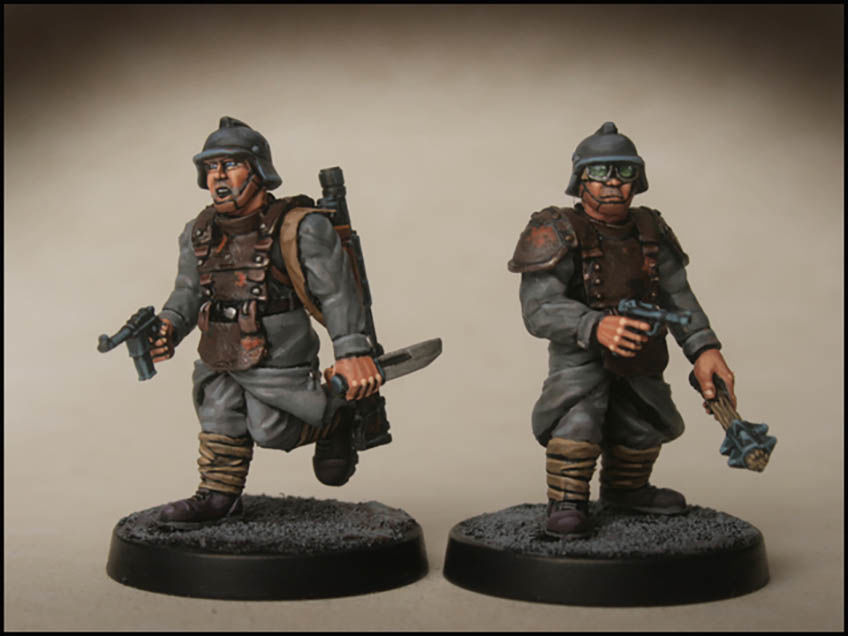 Two German trench raiders. Both have armoured torsos from Victoria Miniatures. The hands holding pistols are from the Statuesque Miniatures 'Pulp Alley' sprue. 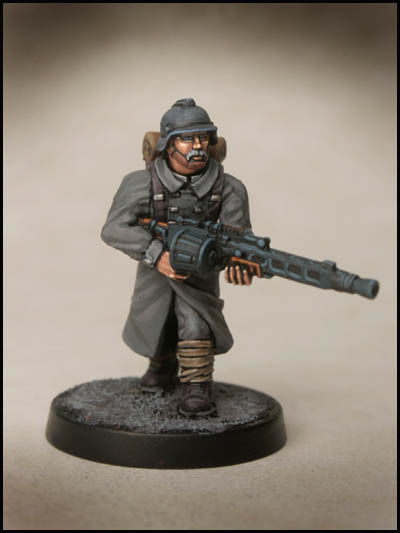 Something a bit more sci-fi from Ben, this squad is toting Phase Rifes and Gothic Void Helmets. We love the menacing black armour. 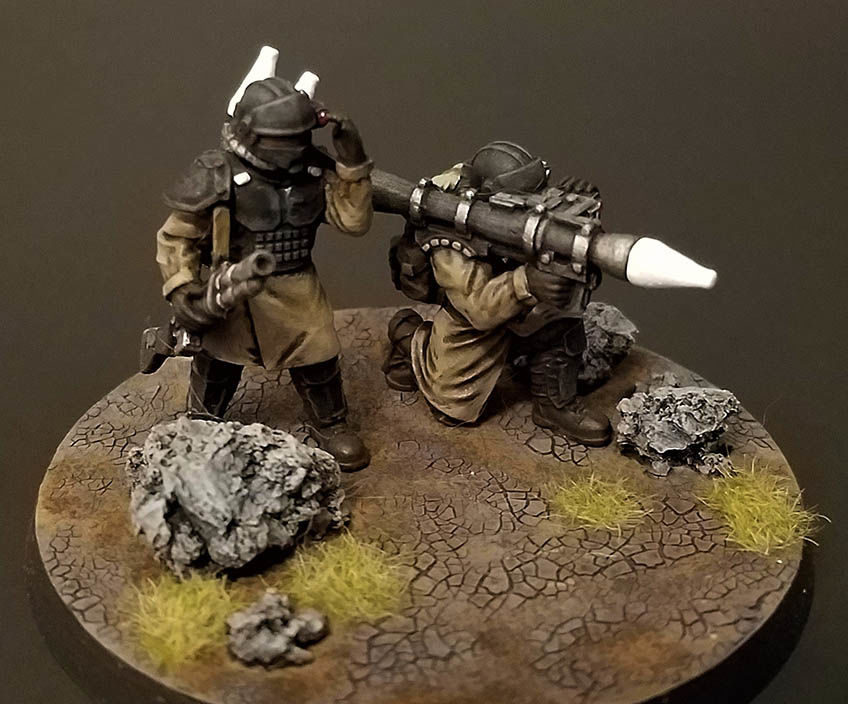 Finally, these models by Harrison show a different painting style we really like and goes particularly well with the parts used. 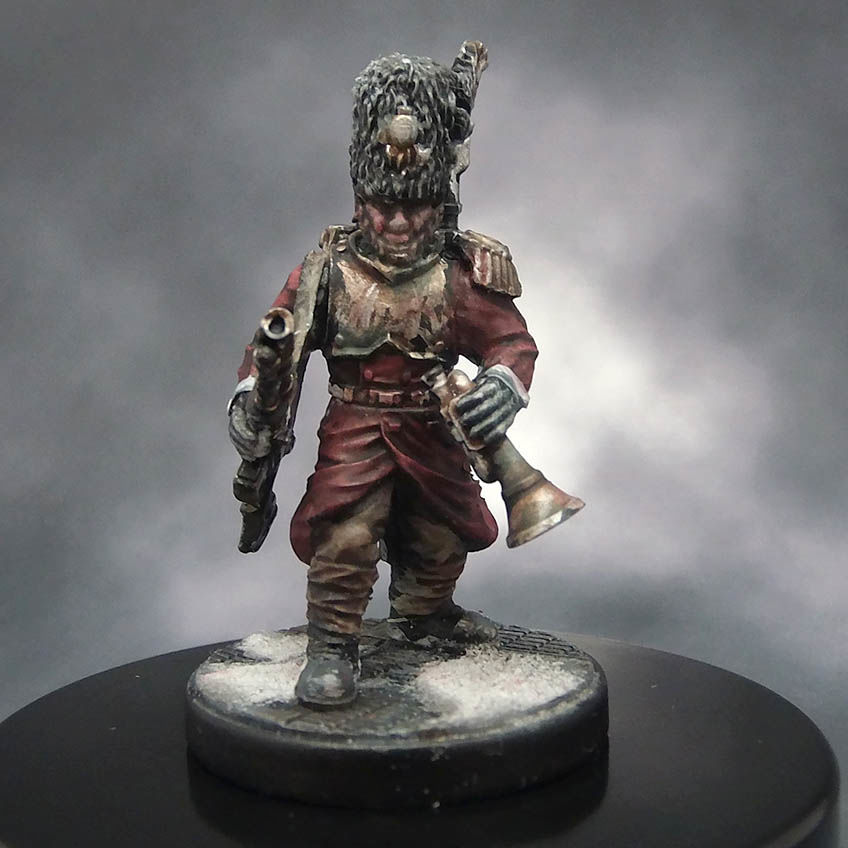 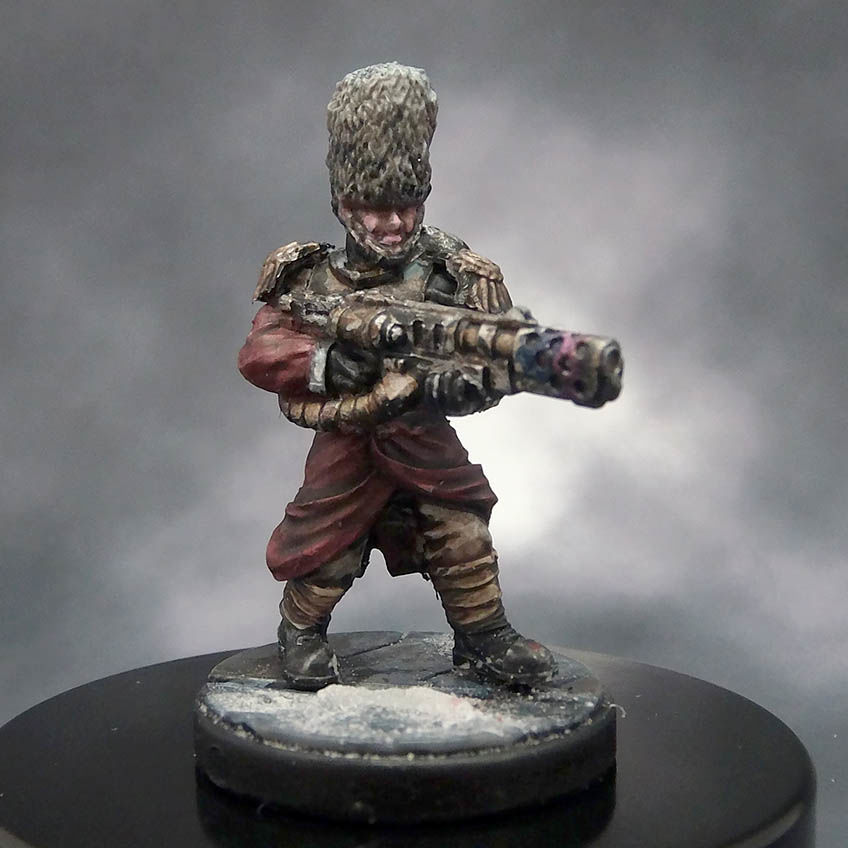 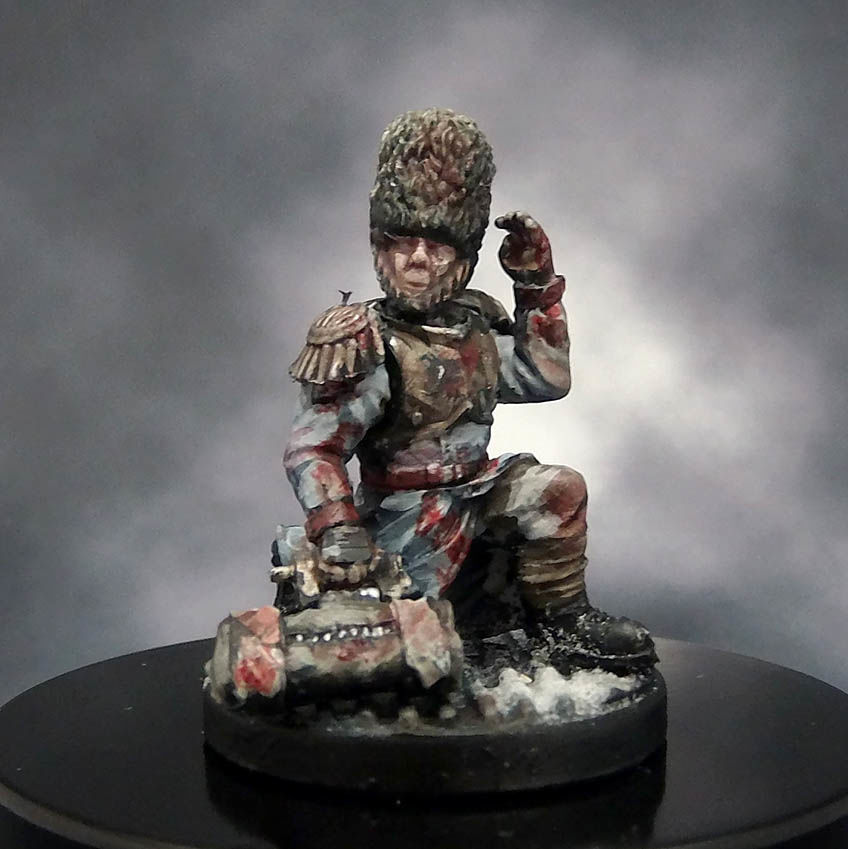 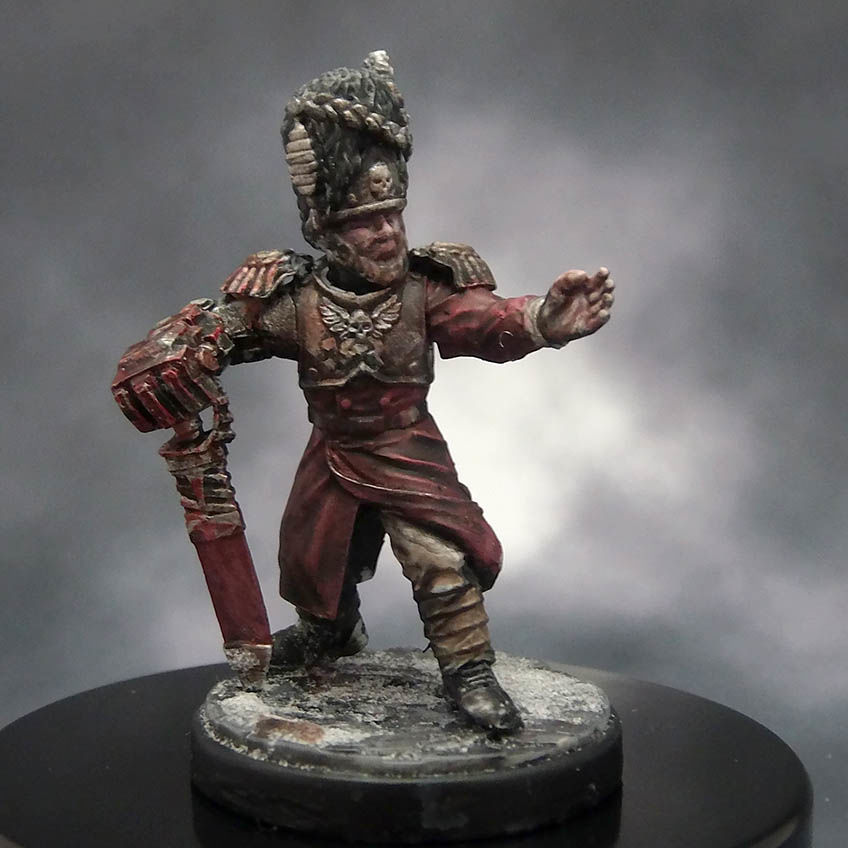 The armoured fist and sword are taken from our Officer melee weapons sprue, and re-posed slightly. 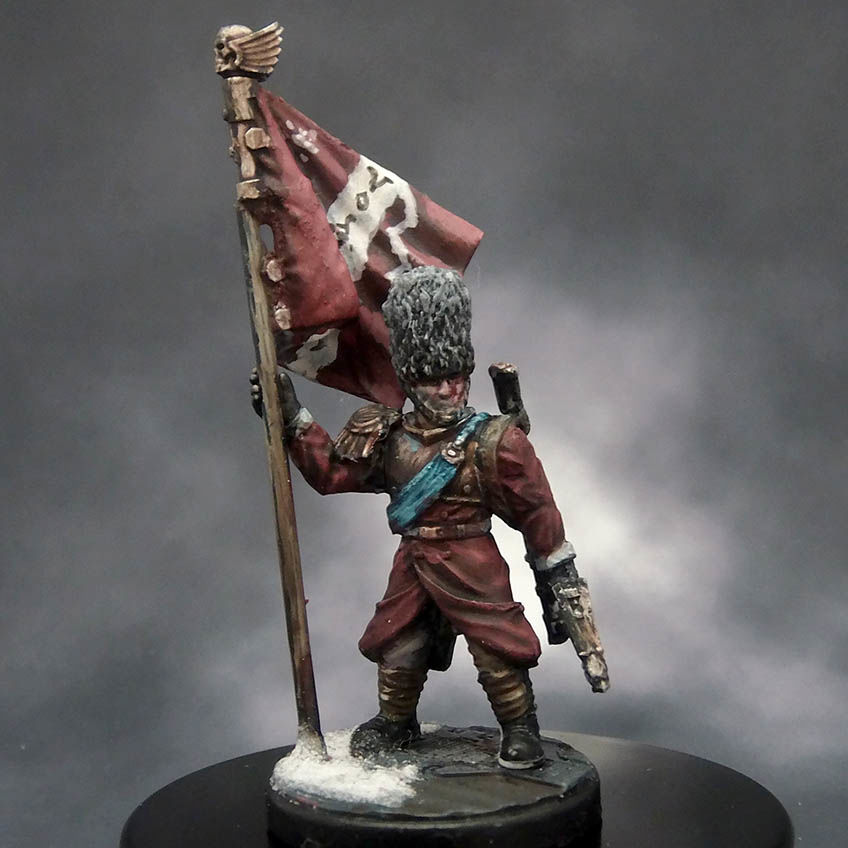 That's enough for now, we hope you've enjoyed looking at them as much as we have. We have a few more to share in the coming weeks, if you'd like to see your projects, paint jobs or conversions on the blog please send them in to us.